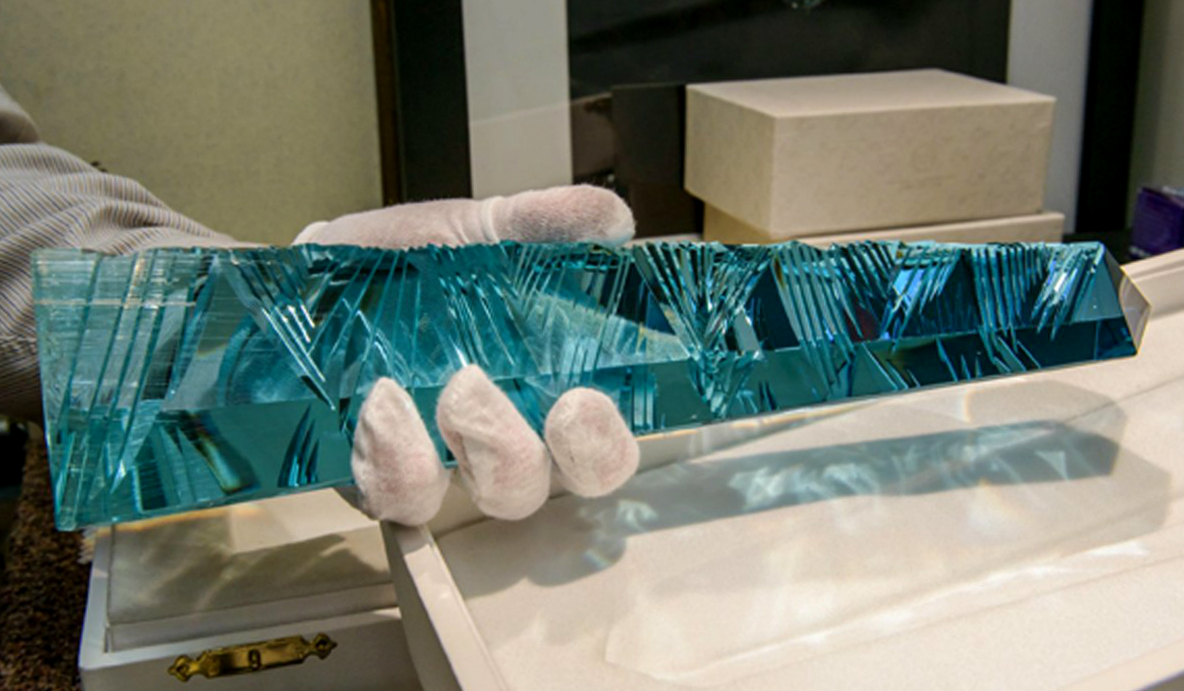 For all of you blue colour lovers out there, Aquamarine has that special something, its blue to blue-green ranging hues take our minds and memories to the sun-kissed waters of the sea & the purity, tranquillity & calm that these represent. Aquamarine – literally meaning water of the seas is the birthstone of those born in March & for good reason. It represents new beginnings, fresh starts, clear communication, truth & letting go. It is also believed to add a certain amiability to its beholders. No wonder it is a gem given in marriage or worn during litigation. The aquamarine colour is also notorious for finding its way into Spring/Summer collections globally, every year. It is recommended when traveling by, over, or near water to wear this gemstone for protection.

Aquamarine, like Emerald (from the same family) is a Beryl (mineral) found mainly in Brazil. Other countries know for aquamarine are Pakistan, Myanmar (Burma), Russia, China, Namibia, Mozambique, Zambia, Kenya, and the United States (Colorado and California).

Now that you know a little more about this “blue stone of the sea”, here are 3 of the most famous jewelry pieces/ gemstones from Aquamarine:

Queen Elizabeth’s Brazilian Tiara
The centre-stone of Queen Elizabeth’s Tiara is a large aquamarine. This tiara has great symbolism as it was given to her as a present by the Brazilian president for her coronation in 1953! True to the stone’s emblematic properties of representing new beginnings, the queen loved her new gift and has been seen wearing it on numerous occasions, even to this day!

The Dom Pedro Aquamarine
Maybe the most beautiful representation of aquamarine is the Dom Pedro obelisk masterpiece. It is the largest faced aquamarine gemstone in the world which is almost 36cm in length & a staggering 10363 carats. This stone was cut by the so-call “Picasso of Gems” Bernd Munsteiner and can be seen on display next to the Hope Diamond in the Smithsonian National Gem & Mineral Collection in Washington. 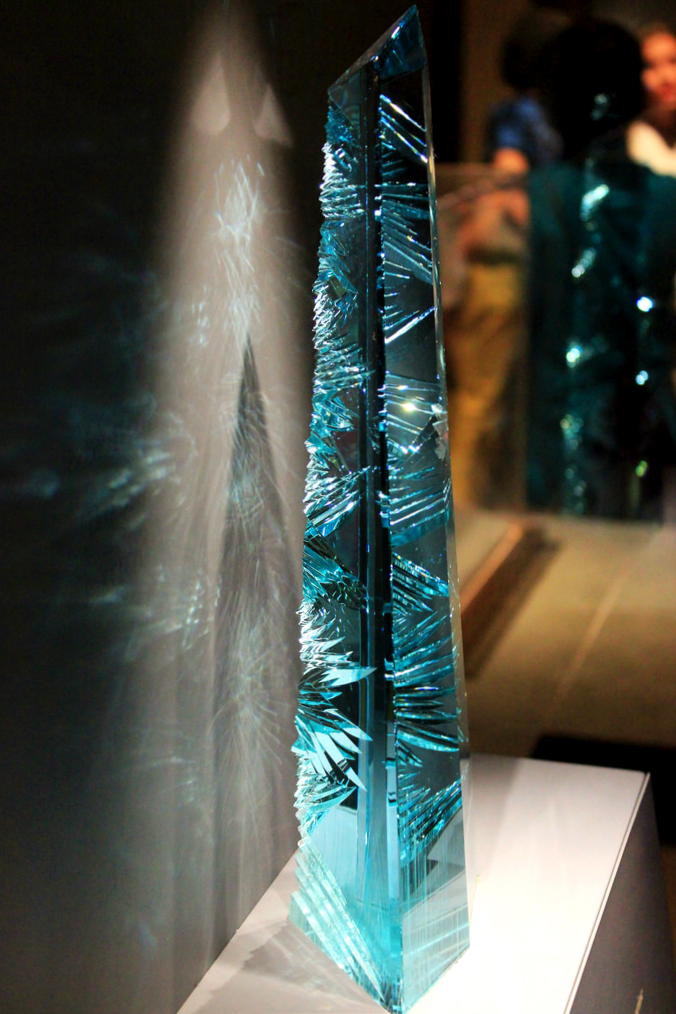 Mrs. Eleanor Roosevelt’s Aquamarine
This stone was gifted to President Roosevelt’s wife during their trip to Brazil in the time following the second presidential election in 1936. The stone was the largest cut aquamarine piece at the time and part of the Brazilian President Getúlio Vargas private collection. It is a whopping 1298 carats & was part of a larger rough stone weighing over 1,3kg which was cut in Amsterdam, giving the beautiful piece seen below. 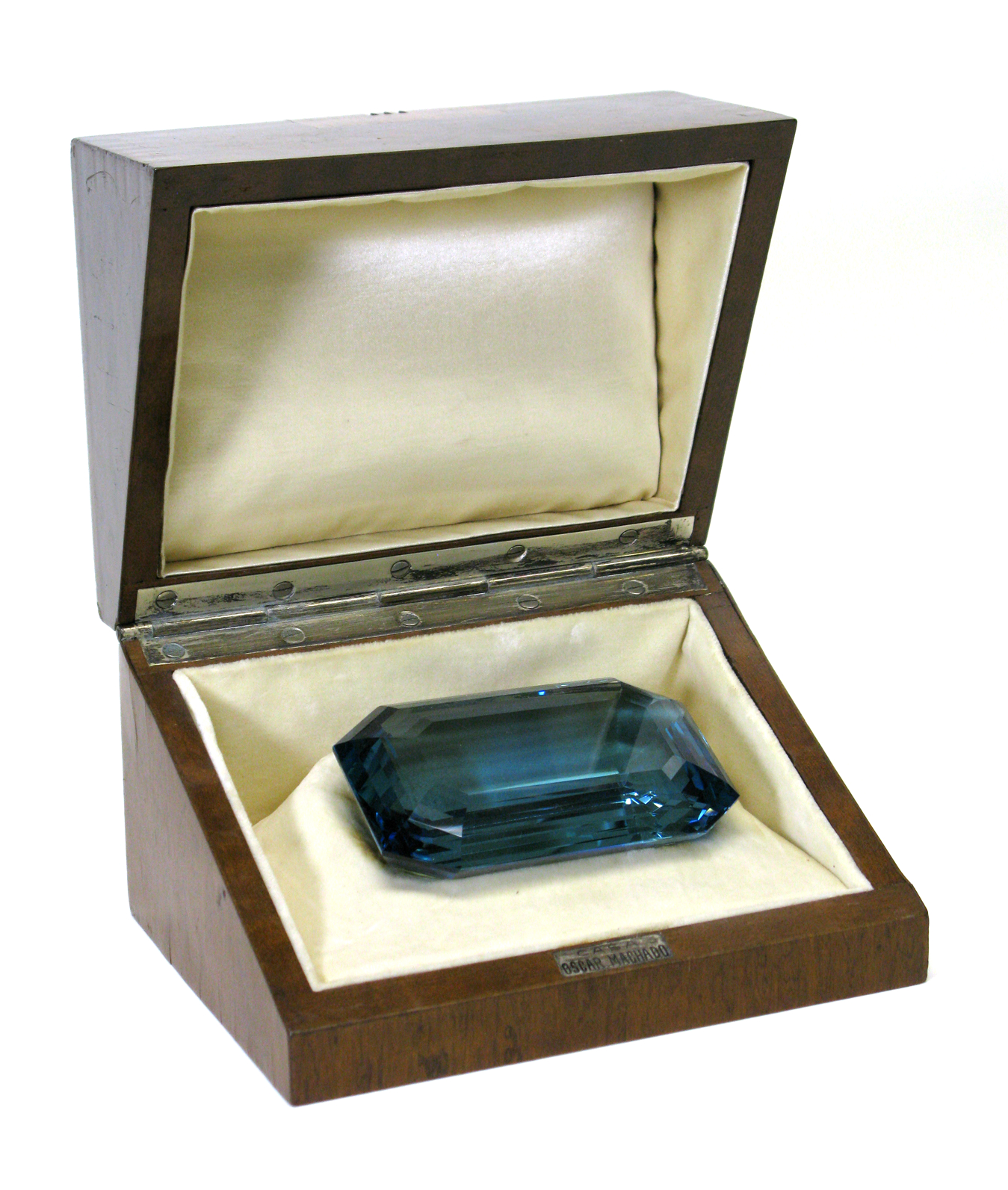